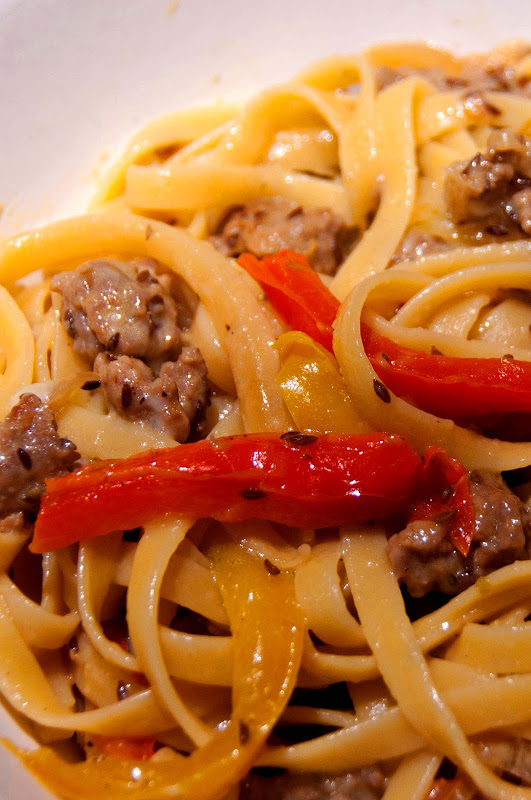 Do you ever make grilled sausages with sauteed onions and peppers? We sometimes we eat them on their own, with a salad on the side, and other times we've folded them into a soft sandwich roll and added some melted cheese. Yum! It's delicious and seems more indulgent than it is. Since it's still not quite Spring weather I thought why not try a pasta variation of this theme?

This dish is true comfort food. I love the sweetness of the onions and peppers, and fennel with sausage can't be beat!

FETTUCCINE WITH SAUSAGE, MUSHROOMS, PEPPERS, ONIONS AND FENNEL
To make, first take the sausage out of the casings, and add to a pan with the fennel seeds. Brown sausage and fennel over medium heat, breaking up the bigger chunks, until the meat is done. Take the mixture out of the pan and set it aside.

Boil water in a large pot and cook the fettuccine according to the package directions. When it is done, drain it reserving 1/4 cup of the pasta liquid.

While the pasta is cooking, saute the onions in 1 tablespoon olive oil over medium-high heat. After 2 minutes add the sliced bell peppers. Sprinkle the mixture with oregano and saute until the onion is translucent and the peppers are soft. Add the sliced mushrooms to the mixture and continue cooking until the mushrooms have released their liquid and soften. Add salt and pepper.

Add chicken stock (1 cup) to the mixture. When the stock is simmering add the sausage and cook until it is warmed through. 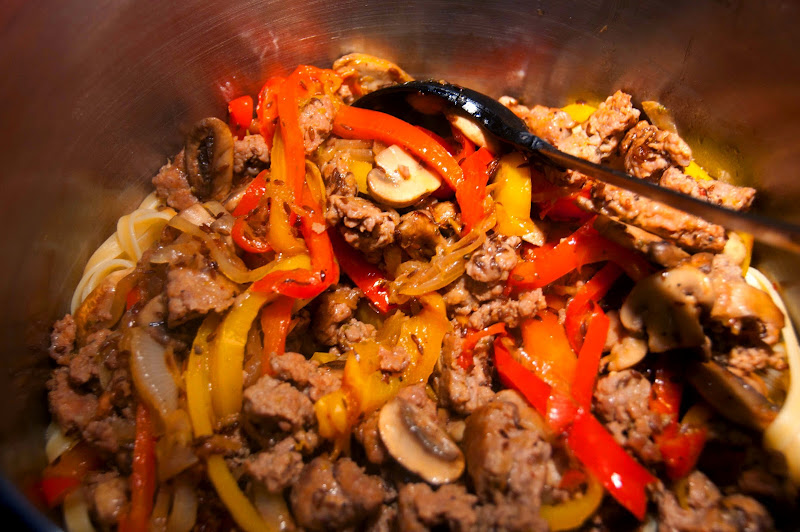 Then combine the cooked pasta, pasta liquid and sausage and vegetable mixture in the pasta pot and stir to combine. Add Swiss cheese (1 cup). Stir to combine. Serve. 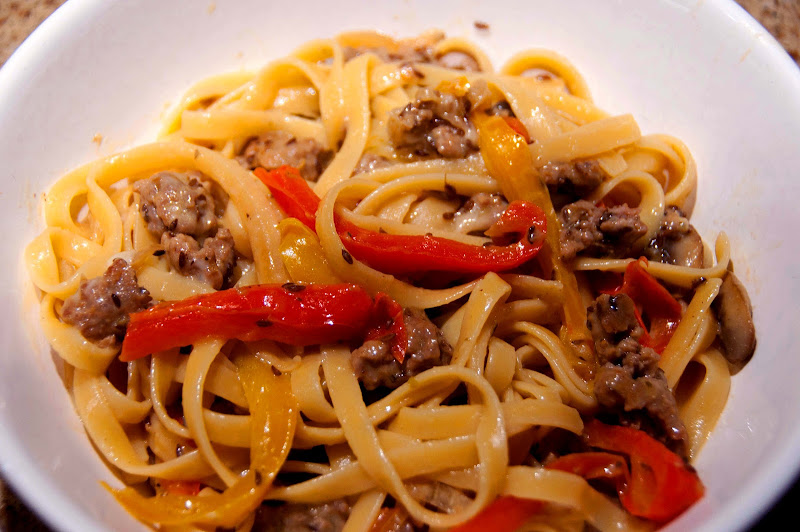 Thanks so much for leaving a comment. I appreciate it! I will try to respond via email if you have a direct question so be sure your email address is visible. Thanks!